I have been crucified with Christ. It is no longer I who live, but Christ who lives in me. And the life I now live in the flesh I live by faith in the Son of God, who loved me and gave himself for me.

I’m going out,” Sue called out to her husband. “The kids are asleep.”

He shrugged his shoulders and didn’t take his eyes off the TV. Her high heels clicked across the tile floor, and she went out the door. Fun awaited her, and the lure of the high she got from the attention of other men, along with cocaine, was irresistible.

She was too numb to feel guilty about her choices. Her green eyes shone with an empty imitation of happiness. Her nights were loud with laughter, but her days taunted her with the silence of the dead-end life she lived.

She fought, trying to dismiss the faint voice that told her a change was needed. It was more comfortable to stay in the familiar prison of her sad mistakes and bad choices.

Then, unexpectedly, freedom visited one night. She lay in bed, dizzy with shame and desperate for peace. She flipped through the channels on the TV. And a message, foreign but intriguing, gripped her.

“He’s the one you need,” the preacher said. “He will set you free.”

Sue had known men who made promises, empty and vulgar. But this man they talked about was not just a man. It was God in the flesh. Jesus was His name. She took a deep breath, inhaling the words. Could that be possible? She heard His name before. Of course, she did. As she sat in that church pew as a young girl, she heard messages mentioning His name over and over again.

But this message was different. Could it be true? A person, holy and pure, as they said He was, wouldn’t be disgusted by her horrible mistakes? And He would be willing to lift her from that dark pit?

Answers trickled like fresh water into her soul. She received the preacher’s words that explained that He had died for her, for her sins, for her ugly past, for her addictions and for her distorted desires. Jesus had taken them to the cross on her behalf. Impossible, she thought. She was too far gone — a horrible mother, a bad wife and a loser in every way.

Yet, the preacher reminded over and over again of something called grace. God’s grace, which was invisible, but felt in the soul.

Sue pressed her head against the pillow. “If this is true,” she whispered, “show me how to receive this grace I cannot see.”

God was listening, He was working, using that TV as His voice. The preacher quoted Bible verses that spoke of this grace. For Sue, it was perhaps curiosity, hunger or desperation that prompted her to grab her cell phone and search for the Bible. That began the path to transformation. As weeks went by, she took each of those steps:

She believed what the preacher said. Jesus paid the price she should have. He died on the cross, and with that death He killed the lies — she was unlovable, unworthy and ugly — that haunted her ever since she was a young girl. She embraced instead the truth that she was wonderfully, lovingly made. (Psalm 139:14).

She removed from her life those friends who texted her, inviting her to join them at the neighborhood night club. Instead, she tiptoed into a Christian church. The messages from the pulpit sparked a hunger to know more about Jesus. Weeks later, the leader of a women’s Bible study sat beside her. They held hands, and with tears flowing, this commitment flowed from Sue’s lips: “Yes, I do believe my sins are no longer in me. They’re on the cross, washed by Jesus’ blood. Hell is not my destiny, but heaven is.” A new Sue came to be. (Ephesians 4:22-24).

She silenced the thoughts that said she couldn’t go on without the high from drugs. She erased the notion she needed them to be happy and fulfilled. Her thinking changed to thoughts of what was pure, holy, excellent, lovable and praise-worthy. (Philippians 4:8)

She put an end to the false insecurities that insinuated she failed as a mom and a wife. She erased them from her mind and invited the truth that in Christ, she was more than a conqueror. (Romans 8:37)

She allowed her longing for men’s attention to die. She replaced that desire with the truth that Jesus would be the one to complete her and meet her every emotional, physical and spiritual need. He was the only one to make her whole. Her No. 1 priority became to seek a greater knowledge of Him, His ways and His promises. (Matthew 6:33).

The new woman hidden deep inside was emerging, becoming alive and seeing life through Jesus’ eyes. She embraced that with His death on the cross, Jesus killed her desire to follow her destructive ways, put to death traces of shame, and took away her dark sins.

With the death of her old ways, today, Sue is alive in every way, devoted to her family, serving Christ and enjoying success in a new career.

But what she enjoys most is her ministry as a speaker testifying of God’s grace, one she didn’t have to earn or pursue. His grace covered her like a spiritual robe, giving her a new identity — a daughter of the King. In the arms of His love, she now dances to the melody of His Word.

Janet Perez Eckles is the founder of JC Empowerment Ministries, author and international speaker. She is honored to help thousands overcome fear and stress through her writing, through her one-to-one coaching and video series. janetperezeckles.com

Father, I confess, I listened to my stubborn heart to lead me in feeble ways. But I thank You for Your grace which I don’t deserve, yet surrounds me night and day as I now follow the path You prepared for me. Let my life be a song of gratitude to You. In Jesus’ name, amen.

God’s grace leads us to live a life that pleases Him.  Is there something in your life that doesn’t please Him?  Would you like someone to pray along with you for God’s help? 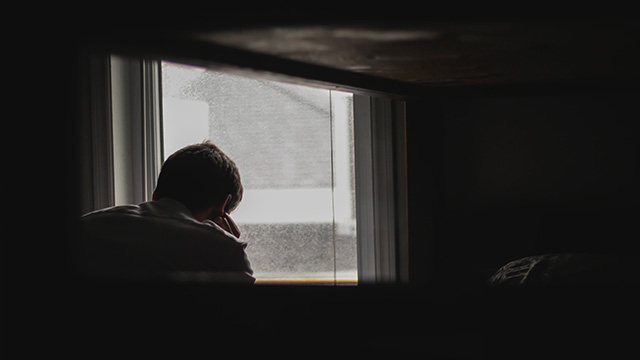 God’s Forgiveness of Your Sin

Sin ruins your life – Who is powerful enough to forgive and renew you?