Now I, Nebuchadnezzar, praise and extol and honor the King of heaven, for all his works are right and his ways are just; and those who walk in pride he is able to humble.

A historian wrote, “Power tends to corrupt, and absolute power corrupts absolutely.” One of the Bible’s best examples is found in the book of Daniel. Nebuchadnezzar, the ruler of a worldwide empire, had a dream that foretold God’s judgment upon him. He nevertheless ignored the dream and did exactly what he was warned not to do, taking credit for the empire and everything achieved by it. God’s judgment fell, just as promised. How could a situation like this work out to his benefit?

The dream that warned the king

With all he had going for him, King Nebuchadnezzar was stubborn and prideful. In the second chapter of the book of Daniel, he dreamed about a great statue symbolizing his kingdom and other future empires. Only Daniel could correctly interpret the dream, so he was promoted. The king offered praise to Daniel’s God: “‘Truly, your God is God of gods and Lord of kings, and a revealer of mysteries, for you have been able to reveal this mystery.’ Then the king gave Daniel high honors and many great gifts, and made him ruler over the whole province of Babylon…” (Daniel 2:47–48).

In the next chapter, the king built a giant statue and it was suspiciously similar to the dream’s statue. Whoever refused to worship the statue when certain music played would be burned alive in a furnace (Daniel 3:4-6). However, when God’s miracle delivered some faithful Hebrews from Nebuchadnezzar’s punishment, the king once again made a law: “Any people, nation, or language that speaks anything against the God of Shadrach, Meshach, and Abednego shall be torn limb from limb, and their houses laid in ruins, for there is no other god who is able to rescue in this way” (Daniel 3:29).

Chapter four starts with some similarities: God gives the king another dream that only Daniel can interpret. This time, though, it’s all about Nebuchadnezzar himself. Daniel tells him it means for seven years he would lose his mind and his kingdom, acting like an animal and eating grass, until he genuinley recognized God’s rule (Daniel 4:25-27).

The forgetful, prideful outburst that cost him everything

A year passed and the king had obviously forgotten all of this. He said, “Is not this great Babylon, which I have built by my mighty power as a royal residence and for the glory of my majesty?” (Daniel 4:30). God’s judgment took place exactly as predicted. He lost his sanity and became unable to care for himself or feed himself.

The surprise blessing that made it all around the empire

After the seven-year-long judgment was complete, the king said, “…my reason returned to me… I …praised and honored him who lives forever …his kingdom endures from generation to generation; all the inhabitants of the earth are accounted as nothing, and he does according to his will …none can stay his hand or say to him, ‘What have you done?’” (Daniel 4:34-35). What an amazing confession!

What’s different about this chapter of Daniel is that it is written to “…all peoples, nations, and languages, that dwell in all the earth…” (Daniel 4:1). It’s written in a different language than the rest of the book as well. Most shockingly, it is written in the first person. This chapter is Nebuchadnezzar’s proclamation. It is an official state document translated into multiple languages and sent to the world, confessing his sin against God and the “signs and wonders the Most High has done for me” (Daniel 4:2). It is the king’s personal testimony explaining how he repented and came to know God as the one, true and living God.

The lesser-known part of my initial quote about the corrupting nature of power is, “Great men are almost always bad men.” What an ironic phrase! Why hasn’t that part of the quote become better known? Maybe because it shows us our habit of elevating people for the wrong things. Read through the Bible and identify important births and the stories of leaders. From the time Jesus was predicted, as the “offspring of woman” in Genesis 3:15, to Jesus’ tragic words about His people’s readiness to accept a future substitute “Messiah” instead of Him, who would “come in his own name” (John 5:43; Daniel 11:36), people have looked to some of the most flawed people as heroes, saviors and leaders, and have always been disappointed.

Moses, the great leader, was left behind because of one fit of anger. Strongman Samson was shamed and blinded by his lust for a forbidden woman. King David stole a faithful servant’s wife and allowed the man to be killed in battle. Why weren’t these stories left out of the Bible? Because God will not put up with our tendency to idolize people.

Against the bleak backdrop of all these disappointments—the outright villains and even the heroes of the Bible—Jesus shines like a diamond! Take it from a former undisputed king of a worldwide empire: “all His works are right and His ways are just; and those who walk in pride He is able to humble” (Daniel 4:37).

God, as your Word says, I have nothing I did not receive and so I have no reason to overestimate myself or boast as if I earned something. Train me to be clothed in humility so that you can work in my life. Through Jesus I pray this, amen.

Is it possible that pride is in the way of something God wants to do for you? Pride is a sin that’s hard to identify, let alone confess. Why don’t you talk it over with a caring volunteer by clicking the button below? 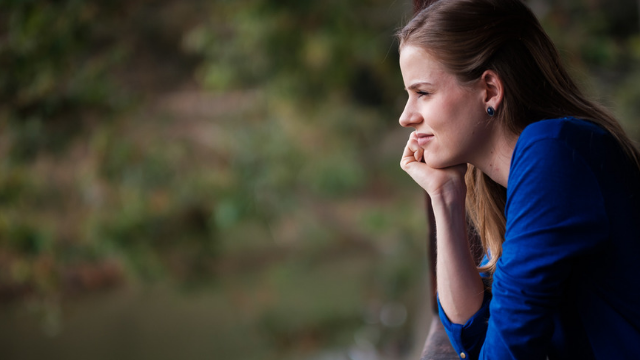