Finding God in the Midst of War

God is using technology for His glory.

Even as he chose us in him before the foundation of the world, that we should be holy and blameless before him. In love he predestined us for adoption to himself as sons through Jesus Christ, according to the purpose of his will,

Due to the presence of ISIS and a seemingly unending war, Iraq has become an almost impossible place to live. While some things have improved since the United States’ invasion in 2003, many Iraqis are still forced to stay locked inside their homes due to fear of persecution from ISIS fighters.

Constant bombing still rings daily throughout the capital city of Baghdad, even though the height of war has passed. Also, Christians are being targeted for their beliefs and have even had their homes marked with symbols indicating that they are believers in Jesus, the Son of God.

While many – Christians and non-Christians alike – have escaped this difficult living situation, millions still live in the city, trying to find a way to protect themselves and their families.

One of these people is an Iraqi man named Zaid. During all of these years of unrest, Zaid was doubting his Muslim faith. Finally, he decided that he couldn’t believe in a God that would make people commit such violent acts against their own countrymen.

Zaid’s dissatisfaction with Islam led him to supernaturally be receptive to GodLife.com ad he saw while browsing the Internet. Through this ad, God was able to speak to Zaid’s heart and soothe the dissatisfaction of his soul.

Amid suicide bombers and foreign militia, Zaid experienced a peace he had never experienced before: an everlasting one. The Holy Spirit entered his heart as he accepted the free gift of salvation from Jesus Christ. What an amazing work God did through a simple website!

As God continued to soften his heart with the Gospel message of grace and hope, Zaid couldn’t wait to share this Good News with his wife and children. By God’s providence, each member of his family also accepted Jesus as their savior.

“My family and I want to live all our life in God for the rest of all our lives,” Zaid told Craig, his Online Missionary. “Pray for us for spiritual faith, spiritual guidance, and wisdom of GOD to understand what I really should do to strengthen my faith. God help me and my family, these are my prayers in JESUS'S MIGHTY NAME, AMEN.”

Surrounded by fear, but filled with hope

As Zaid knows, being a Christian in Iraq is becoming harder with every passing day. ISIS still has a presence in much of Iraq, stoking fear in the hearts of everyone who lives in the country, especially Christians, who are being forced out of the region in complete fear of persecution and death.

Through these difficult times, Zaid’s hope remains in the Lord.

“I am not afraid because I find peace in our Lord Jesus Christ and I believe that the one who is in me is greater than the one in this earth.”

Zaid’s story is one that could not have been possible without technology. As safety concerns grow rapidly in the Middle East, the Internet is God’s best strategy for reaching the lost in a region that desperately needs the hope of Jesus Christ.

Lord, please take ownership of my life. I no longer want to live in fear, but in your everlasting hope.

Do you want to have a God-centered friendship? Download our NextSteps App and you can connect with someone who will answer your questions, pray for you and nurture you with the word of God. 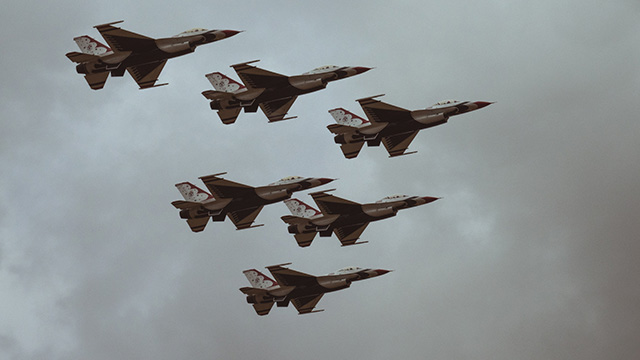 How Can God Allow War?

Can a loving God allow the horrors of war?

The Power of a Testimony

One of Jesus' most famous cross-cultural encounters involved a woman in Samaria.