[Jesus] Who, being in very nature God, did not consider equality with God something to be used to his own advantage; rather, he made himself nothing by taking the very nature of a servant, being made in human likeness. And being found in appearance as a man, he humbled himself by becoming obedient to death—even death on a cross!

Before Jesus came to Earth, he lived in Heaven. In Heaven there is no sin, and angels praised Him all day. Because Jesus loves us, He willingly gave this up and set aside His power to become a tiny, helpless human baby.

This is where the story of the sacrifice of Jesus begins, and this is what Christmas is really about.

Christmas is about a new life for us, gained by the sacrifice of Jesus

Christmas all too often becomes a selfish holiday where we focus on gifts, however, it’s really all about the sacrifice that Jesus made for us.

How exactly did Jesus sacrifice for us?

1. Jesus sacrificed by living a life without comfort

It would have been easy for Jesus to be born into a wealthy, comfortable family. Instead, His father was a carpenter and his mother was a woman who was pregnant before she was married. Jesus was born in a stable and spent His first nights in a manger. He left the comfort of Heaven for a place made for animals. He lived a life without comfort just for you.

2. Jesus battled a life of evil in order to save us

After Jesus was born, King Herod wanted to kill him. Joseph and Mary had to run away to Egypt just to keep Jesus safe. When they eventually returned home, it was in a far away town in a bad area. A future apostle asked, “Can any good thing come out of Nazareth?” (John 1:46)

Jesus didn’t come from a good place with a good name, but He willingly came to Earth to battle evil… just for your salvation.

3. Jesus sacrificed a life of acceptance

Later on, Jesus began his public ministry. His family members had doubts, and people in his hometown certainly didn’t believe He was special (Matthew 13:54-58). He wasn’t always accepted. But many decided to follow Jesus and believe in Him, especially when He fed them and healed their diseases.

Once, a parade was thrown for Jesus as He entered Jerusalem. But days later, people were trying to have him killed. He had the power to overcome and escape His enemies, but He didn’t even defend himself when He was accused. Jesus submitted to the cruelest torture leading up to His execution... just for us.

Jesus’ sacrifice took away our guilt and shame so we could be forgiven. We have the chance to be pure in God’s sight. His sacrifice gave a new life for us.

This Christmas, when you look at images of the manger scene, think about the sacrifice Jesus made when he came to Earth, and accept His free gift of salvation. Then, like the shepherds and wise men, bow down and worship Him, and thank Him with all your heart for a gift unlike any other.

Do you ever wonder about the significance of Jesus’ coming to earth? We have trained followers of Jesus who can help you figure it out. Just click below to share your story. You will hear from someone shortly. 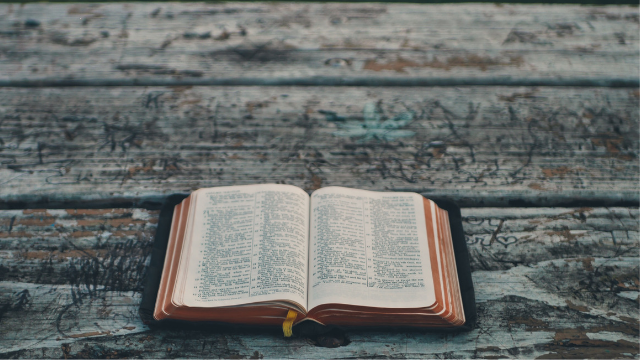