Healing Stories in the Bible

Is it better to live with the disease or to be healed?

One who was there had been an invalid for thirty-eight years. When Jesus saw him lying there and learned that he had been in this condition for a long time, he asked him, ‘Do you want to get well?'

In Bible times, leprosy was a dreaded, incurable skin condition. It caused physical deformity. It meant victims couldn’t come to worship meetings. They had to live by themselves. It made a good picture of what sin does to us. Sin is a disease that affects young and old, great and small. It cuts us off from God and from others.

The Old Testament book of 2 Kings tells about a man named Naaman. He was a great army captain in the time of the prophet Elisha. Naaman had been told the prophet could heal him of his leprosy, and paid him a visit. Instead of meeting him, Elisha sent a messenger instructing Naaman to wash himself in the Jordan River.

Naaman was insulted, saying, “I thought he would certainly come out to meet me!…Aren’t the rivers of Damascus (his home country)…better than any of the rivers of Israel?” (2 Kings 5:12)

Humility is Part of the Cure

At first, Naaman was too proud to accept Elisha’s “prescription.” In the same way, many people today let their pride stand in the way of accepting God’s plan of salvation.

It was a good thing that Naaman’s officers had better advice. They convinced him to take the treatment: “So Naaman went down to the Jordan River and dipped himself seven times, as the man of God had instructed him. And his skin became as healthy as the skin of a young child, and he was healed!” (2 Kings 5:14)

When You Hear His voice, Don't Harden Your Hearts (Hebrews 3:15)

From birth, we’re all “infected” with something worse than leprosy. It’s sin. It is our very nature, not just our actions, that offends God’s holiness. “You are not a God Who is pleased with what is bad. The sinful cannot be with You.” (Psalm 5:4)

What is the result of sin? “When sin completes its work, it brings death.” (James 1:15) -- not just physical death, but eternal separation from God. When heaven is described in the Bible’s final book, it says, “No one who is sinful-minded or tells lies can go in.” (Revelation 21:27) Fortunately, this verse continues: “Only those whose names are written in the Lamb’s book of life can go in.”

God’s way is not just the best way: it is the only way. Naaman’s leprosy was washed away when he humbled himself and submitted. Jesus, the Lamb of God, is willing to wash away your sin. Are you willing to trust Him today?

Father, help me to be as concerned about my spiritual condition as my physical health, and also to tell others how their souls can be healed by Jesus.

If you have already been washed in the blood of the Lamb, can you tell others? If you’re intimidated, remember that it was a humble servant girl (2 Kings 5:2-4) who told the great general where to find healing! 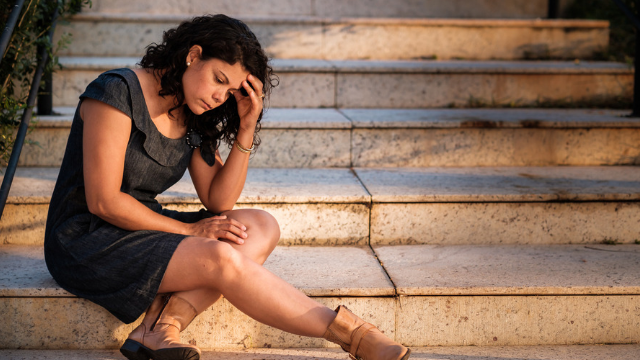 The Power of Prayer

Have you ever heard of the A.C.T.S. of prayer?