Therefore, if anyone is in Christ, he is a new creation. The old has passed away; behold, the new has come. All this is from God, who through Christ reconciled us to himself and gave us the ministry of reconciliation.

The first mentioned is Tamar (Matthew 1:3). Remember her? Tamar entered the royal bloodline of the Messiah by disguising herself as a prostitute and seducing her father-in-law, Judah, so he would make her pregnant. Honestly, Judah had it coming because he had denied her justice, but it was an ugly affair all around (see Genesis 38).

The second is Rahab (Matthew 1:5). She didn’t have to disguise herself. She had been a prostitute. And a Gentile! A Canaanite, no less. Not the desired pedigree. She and her family were the only survivors of Israel’s conquest of Jericho because she hid the Jewish spies and helped them escape. Once integrated into Israel, she married Salmon (wouldn’t you like to know that story?) and became King David’s great, great grandmother.

Ruth is the third (Matthew 1:5) and she too was a Gentile. A Moabite. Her ancestry had its origin in the incest committed between Lot and his oldest daughter. Ruth’s people were polytheistic pagans, occasionally offering human sacrifices to idol-gods like Chemosh. Through personal tragedy and loyalty, she wound up at Bethlehem and in the arms of Boaz.

We simply can’t move on without mentioning the staggering fact that Ruth has a book of the Bible named after her! How did that happen? Jews were prohibited from intermarrying with Moabites (Ezra 9:10–12) — unless a Moabite renounced all that being a Moabite meant and became all that it meant to be a Jew. In the fact that one of the canonical books of the Old Covenant is named after a Moabite woman, God is shouting something about his grace.

The fourth woman mentioned in the list is “the wife of Uriah” (Matthew 1:6), Bathsheba. This woman suffered sexual abuse and the murder of her husband by Israel’s greatest king. And as a result, she became an ancestor of Jesus.

Mary, the mother of Jesus, is the fifth (Matthew 1:16). She became pregnant with Jesus before her wedding, and the Child’s father was not her betrothed, Joseph. This scandal would have lingered like a cloud in the whispers and suspicions of her wider family and fellow Nazarenes for many years.

All five of these women share something in common: disgrace. These women either committed or suffered disgrace. They had tainted reputations. They likely would have endured the contempt of others. And at least the first four would have struggled with very painful, even sordid memories.

And here’s the thing. Most of us want to conceal the more disgraceful events and people in our families. But not Jesus. He goes out of his way here to draw attention to these women whose very names call to mind scandalous things. Why? I think to remind us, before Matthew even begins the story of his birth, why he came.

Each of these women is beautiful Old Covenant illustrations of what God would later say to Peter when clarifying that his grace is extended to all peoples: “What God has made clean, do not call common” (Acts 10:15).

And that’s his word to you and me. The amazingly good news of Christmas is that Jesus came to make notorious unclean sinners and foreigners like us — people with disgraceful pasts who believe in his name (John 1:12) — clean.

Used with permission by Global Media Outreach from Jon Bloom. This article was first published on December 7th, 2012 at https://www.desiringgod.org.

Heavenly Father, is it true that You love even me?  I give my life to You anew.  Please make me clean and turn my life into something You see as beautiful!

Do you need to be reconciled to God? A caring volunteer would like to help you find new life in Jesus Christ. 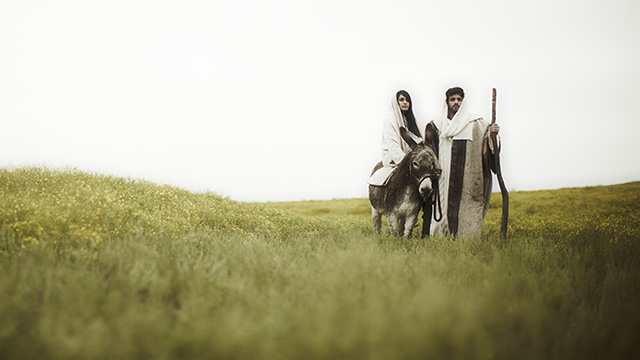 Joseph shows us how to react to surprising and difficult circumstances.