The Rock … And Pluralism

Are all salvation claims equally valid?

Jesus said to them, ‘But who do you say that I am?’ Simon Peter answered, ‘You are the Christ, the Son of the living God.’

If you watch movies, you have probably heard the Lord Jesus’ name used as an expletive. And if you have any connection to Jesus Christ or Christians, it’s likely you cringe when you hear His name misused.

Has anyone tried using the names of other gods as expletives? It has proven quite dangerous. Worse than using Jesus’s name as an expletive — is the attempt by religious pluralism to undermine His identity as humanity's unique savior.

As applied to human salvation, religious pluralism proposes many equal ways to salvation with all of them valid for their respective followers.

When Jesus asked his disciples, "Who do people say that the Son of Man is?," he heard a range of responses but deemed them all wrong. In contrast to error, he asked, “But who do you say that I am?”

Matching Jesus’ “I am” question, Peter’s begins with “You are,”  not with “I feel” or “we think,”. “You simply are. You always have been and will always be.” This is bedrock singular truth, not a plural set of multiple errors.

The Rock is Truth: You can’t Deny it!

It is not possible to ignore fact and deny truth. During national elections, insistence on fact and truth becomes evident and necessary. Progressive politicians and post-modern philosophers, who used to dismiss facts and truth as locally or personally constructed, vote against candidates whom they consider as not truthful. They check candidates’ claims to see if they are citing facts and telling the truth!

When it comes to salvation-truth, people think there are many ways to God. Your way, my way, we all have our own ways, all right and valid. Much like ice-cream flavors, we all have our preferences.

But we are not pluralists when it comes to life-giving medicine. We don’t advise doctors who write prescriptions about our favorites as equally valid as theirs, and ask the pharmacists to give us our medication instead of the doctor's directive.

Notice the repetition of the definite article in Peter’s confession. It is a determiner of meaning referring to and restricting particular nouns.

“You are the Christ, the Son of the Living God.”

Jesus is the anointed Messiah. He is also the Son. There is only one of this kind of a son. In His very being He is, now, has been, and always will be the Son of the Living God.

This dialogue took place in lush Caesarea Philippi where numerous temples and superstitions of dead gods all absolutely claimed their worshippers. They even required human sacrifices.

So a pluralism of saviors is not new. Pagan worship and a plethora of religions are not new. Pluralism is the usual human situation, the fallen world condition.

That’s fact, truth and reality. Only One is the Son.

We cannot be arrogant about this Rock. At a social level, all humans are different. Each is worthy of respect. We are sociological pluralists.

But at the point of salvation, each human being humbles himself and herself to accept Whom God has sent to be the Savior of humanity. Jesus is worthy of our respect and trust. Jesus dismisses alternate ways to God as invalid, and welcomes any who come to Him as unique, personal and eternal Savior.

The first fatality of pluralism is truth. And the first casualty of truth is pluralism.

Published with permission from LifeRocks.org

Lord Jesus, I cannot deny what you affirm. You are the Christ, the Son of the Living God. I acknowledge and accept you as my only Savior. Please help me point those who believe in many salvation truths to you as their Only Salvation truth. Amen.

What are consequences for eternity and evangelism if you hold to many ways of salvation rather than Jesus as the only way?

The Rock ... And Inclusivism

The difference between false hope, no hope and true hope. 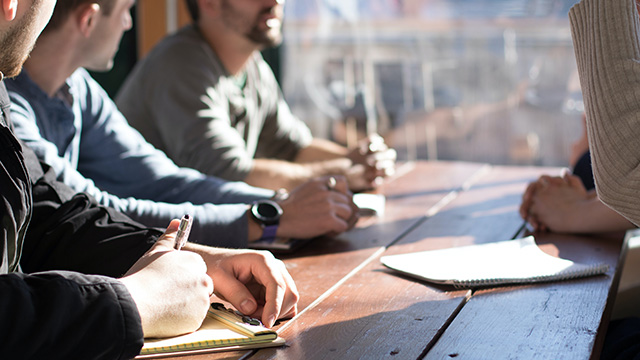 The Rock ... And Relativism

Is your view an opinion or a conviction?