What Are You Running From?

If God has shown us bad times ahead, it’s enough for me that He knows about them.

Answer me quickly, O LORD! My spirit fails! Hide not your face from me, lest I be like those who go down to the pit.

My season of hopelessness began about six years ago. Quivering, gasping for breath, I felt the tingle from the cold night air against the sweat on my brow and the chill of the stone pavement beneath my bare feet. The stirring from the raging thoughts in my mind was coming to a calm. I had to stop running as my mind steered back to the reality of where I stood.

The reflection from the street lamp at the base of which I stopped was bright enough for me to see most of my surroundings — enough to realize that I was alone and that it was sometime during the night hours. Soon enough, a passing cold draft also brought me to the realization that I did all that running without the needed clothing to keep the cold out.

I stopped long enough to recover my breath and turned around to retrace my steps. Retracing footsteps seemed simpler than retracing the mind’s steps. Retracing footsteps meant I would just have to run those steps back, albeit barefoot. The mind’s steps — those would hurt more than the cold, coarse sidewalk grazing against the soles of my feet. Muffled memory pulled me home, where I remembered leaving two babies and a husband, following a mental and emotional breakdown on my part. I have yet to recall what triggered the outburst. All I am able to recall is the harrowing fear that led the way for my sprinting out the door and into the night.

I ran as fast as I could and as hard as I could. What was I running from? I did not know. My mind was not able to cooperate with the backdrop of my home and my family. Everything at home had begun to increasingly overwhelm my mind. I know today that the running was a means of escape from whatever was causing anguish to my mind. When my family found me and took me home, the anguish trailed home with me.

How long have you been running? The anguish and exhaustion from the running, has it ceased? Perhaps it hasn't. This was true for me during my spar with depression.  Running failed to get rid of the pain. The only one exhausted was me. … It was intensely painful to live inside of myself — with the depression. Can you relate to this feeling? Depression can do that to you. But know that no pain is without the knowledge of God. He hears. He sees. Just like He heard the many cries of anguish of King David in the Psalms.

Do you have pain within you that seems unbearable? Join me in this prayer inspired by Psalm 143:4, 7

Lord, depression has agonized me for a long time. It seems like there is no end in sight. Still…I believe that I will see the goodness of the Lord in the land of the living. I will walk in restoration. I will attain spiritual and moral resurrection that lifts me out from the depression. I release every hurt and every pain to you Lord! I embrace the fullness of Christ. I receive your healing Lord!

Journal two words today: One that describes your emotions before spending time with God and another after you spend time with Him. Hold on to His hope as you breathe.

Are you battling depression? Do you have pain within you that seems unbearable? Listen to a Bible App reading plan from Julie Thomas Ph.D as she tells you a very personal story of her own journey of healing and recovery from depression. 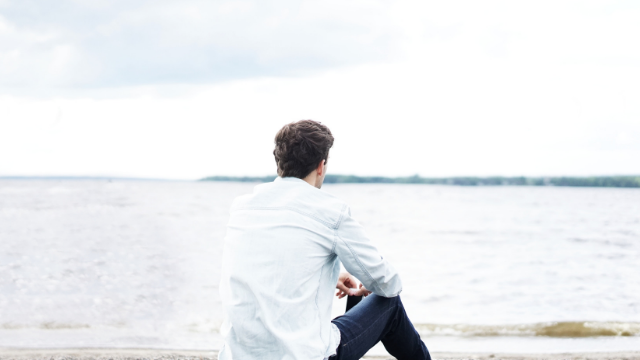 Living in Confidence Because God is With Us