Why Am I Sick?

In many cases sickness has nothing to do with punishment for sin. In fact, God often uses suffering for His glory and our own good.

“[The Lord] said, “My grace is all you need. My power works best in weakness.” II Corinthians 12:9a

What is your health like? Do you know that God loves you and can work in your life, even if you are suffering physically?

Many Christians have heard that sickness or illness is caused by your sin or weak faith. Under Old Testament Law, God promised the nation of Israel: “If you listen to [God’s] regulations and faithfully obey them,... the Lord will protect you from all sickness” (Deuteronomy 7:12, 15). But “if you refuse to listen to the Lord your God, all these curses will come and overwhelm you (Deuteronomy 28:15), including being afflicted “with diseases” (Deuteronomy 28:21). Does that still apply today?

Sickness Itself Is Not Evidence of A Curse

In many places, God’s Word gives hope to those suffering sickness. In John 9:1-3, Jesus Himself explained that a man’s infirmity was not a punishment: “As Jesus was walking along, He saw a man who had been blind from birth. “Rabbi,” His disciples asked Him, “why was this man born blind? Was it because of his own sins or his parents’ sins?” “It was not because of his sins or his parents’ sins,” Jesus answered. “This happened so the power of God could be seen in him.”

God Uses Our Trials For His Glory

The Apostle Paul wrote much of the New Testament. Very few Christians have been used to bring God glory as much as God used Him. However, God allowed Paul to suffer, to have “a thorn in [his] flesh” which he repeatedly “begged the Lord to take away” (II Corinthians 12:7-8). The Lord did not answer Paul’s prayer with a “yes;” instead, God used this suffering for His glory, for Paul’s good, and for the building up of the Church.

You may discover that it is God’s will for you to endure illness. It is not His will for you to accept it passively, but to ask for recovery, even recruiting others to pray along with you. (See James 5:13-15) But even in the midst of sickness and suffering, we must continue to seek the Lord, for “God causes everything to work together for the good of those who love God and are called according to His purpose for them” (Romans 8:28). God can use any situation, any trials, any suffering for your good and for His glory.

Dear Lord, no matter what, please help me submit to Your will, trusting You to work all things for my good and for Your glory. In Jesus’s Name, amen.

Are you or a loved one suffering with illness? How do you need to see God’s work in your life? 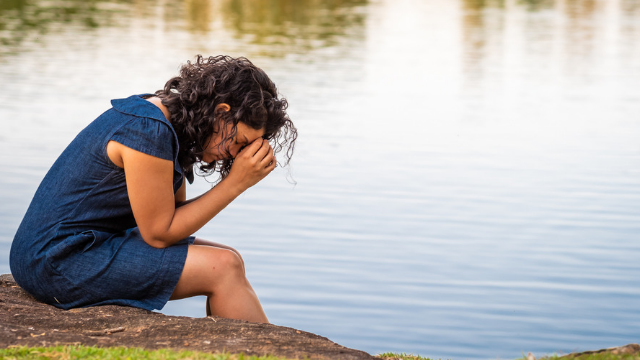 When Cancer Came to Our Home

No one in this life is exempt from struggles, heartaches, and difficulties.

How to Care For the Sick

The Lord forgives our sins, heals us when we are sick and protects us from death.