A Pardon Free and Clear

We work for God and for good because we are saved, not seeking to be saved.

Throughout the television program, as I counseled people who called in search of spiritual help and prayed on the air with those who wanted to open their hearts to Jesus Christ, the station manager standing in the studio listened intently.

"I don’t understand it," he said to me as the program signed off. "I attend church every Sunday. I partake of holy communion. I do confession at the stated times. And yet I have no assurance of eternal life."

Unfortunately, millions of Americans share this man’s uncertainty, because they are trusting their own efforts to get them into paradise. This kind of thinking permeates all religions, including traditional Christianity.

From the moment Adam disobeyed God in the Garden, man has sought his own way to cover his sin and cleanse his conscience. We desire to do good. We ask the same question the crowd asked Jesus: "What must we do to do the works God requires?" (John 6:28).

And God has always replied, "There’s nothing you can do. You must trust Me to do it for you." Jesus answered the crowd, "The work of God is this: to believe in the one he has sent" (John 6:29).

Why Do We Think Wrongly?

Pride can be at the center of this conflict--we like to think we’re self-sufficient. But in our biblically illiterate culture, ignorance is often to blame. Researcher George Barna says 75 percent of American adults do not know what John 3:16 says.

One can only imagine how Ephesians 2:8-9, probably the best known text on faith and works, would score on a survey. The apostle Paul gets right to the point: "For it is by grace you have been saved, through faith -- and this not from yourselves, it is the gift of God -- not by works, so that no one can boast."

Righteousness through faith, not works, excludes boasting, Paul writes in Romans 3:21-31. Even the extraordinary works of Abraham, "the father of us all" (Romans 4:16), were impotent to win God’s acceptance.

"If, in fact, Abraham was justified by works, he had something to boast about—but not before God. What does the Scripture say? "Abraham believed God, and it was credited to him as righteousness" (Romans 4:2-3).

The parable of the Pharisee and the tax collector presents the same contrast. "Two men went up to the temple to pray," Jesus said. "The Pharisee stood up and prayed about himself: ’God, I thank you that I am not like other men--robbers, evildoers, adulterers--or even like this tax collector. I fast twice a week and give a tenth of all I get.’

"But the tax collector stood at a distance. He would not even look up to heaven, but beat his breast and said, ’God, have mercy on me, a sinner.’ "I tell you that this man, rather than the other, went home justified before God. For everyone who exalts himself will be humbled, and he who humbles himself will be exalted" (Luke 18:9-14).

The Finished Work of Christ

Good works aren’t good enough to earn God’s acceptance, to find peace with God, to pay the debt for sin. No matter how hard we try and how sincere our efforts, our consciences will never be cleansed "from acts that lead to death" (Hebrews 9:14). Instead we must come to God on His terms -- not by our works but by trust in the finished work of His Son.

God’s work of salvation in Jesus Christ was finished nearly 2,000 years ago, before I was born, before I committed my first sin, even before I repented and believed. It is finished, and there’s nothing I can add.

When we think that good behavior somehow contributes to our salvation, we commit two grievous wrongs:

First, we diminish the death of Jesus Christ. Dare we imply that this provision for our sin, planned by our wise, all-knowing, and all-powerful God, wasn’t enough for redemption? If this is true, why did God the Son endure the shame and horror of the cross?

Second, we deny man’s helpless condition. The Bible says we were "dead in transgressions" before God "made us alive with Christ" (Ephesians 2:5). We followed the ways of this world, "gratifying the cravings of our sinful nature and following its desires and thoughts" (Ephesians 2:2-3). We are incapable of paying even one-hundredth of 1 percent of our debt to God.

Herein is the danger of religion. There is good in every religion, but only one Savior who died for our sins. Every religion gives good advice. But good advice is based on the premise that human beings have the ability to carry it out and that this success will somehow cleanse our guilty conscience.

Good works, even religious observance, contributes nothing to our salvation. During a recent nationwide call-in television program, I talked to a young woman named Joanie who told me that, although she was about to be baptized at her church, she carried a lot of guilt from her past. She had no confidence that God heard her prayers. Joanie had religion, but not a relationship with Jesus Christ. She had never placed her faith in Him as her Savior.

Joanie is like millions of Americans. In nationwide surveys, Barna Research Group has discovered that half of all adults who attend Protestant churches on a typical Sunday morning are not genuine Christians. In his new book Evangelism That Works, George Barna concludes that they live "without having a shred of insight" into what a relationship with Christ is all about.

Barna encourages Christians not to take for granted that their friends and acquaintances at church have truly committed their lives to Christ. "Do they acknowledge His earthly existence, His death and resurrection, His heavenly presence today, His ability to forgive sins and His unique standing as the One who will determine our eternal fate? Yes. Have they complied with the biblical mandate to ask for His forgiveness for their sins and to acknowledge that He, and He alone, is able to dismiss our failings and gain us entry into God’s presence for eternity? Well, in their minds, yes, as evidenced by their church attendance, by their donations to ministry activity and by their acknowledgment of His deity and supremacy."

Church attendance. Tithing. Baptism. Communion. These are signs and symbols of salvation, but not -- most definitely not -- salvation itself.

It’s not that God dislikes good works, however. In fact, He commends them. He didn’t knock the prayers and generous giving of Cornelius the centurion, described in Scripture as devout and God-fearing. "Your prayers and gifts to the poor have come up as a memorial offering before God," an angel said to him (Acts 10:4).

I used to think I had to confront people who believed their good works would get them to heaven. Now I start off positively. "Your good works show you have a proper fear of God. I’m sure He is pleased that you’re trying to please Him," I might say. "But you must come to know God the way He has devised."

Good works can go in two directions. They can reveal a sincere, broken desire to know God by pleasing Him. Or they can reveal an unrepentant desire to pacify God, covering up rather than exposing sin.

In my experience, most people who rely on good works are at least admitting that they have a problem with God. Good works are their sincere, though unenlightened, effort to solve it (Romans 10:2-3). When they hear and understand the revealed gospel, many trust Christ immediately.

It is after conversion that we are to "spur one another on toward love and good deeds" (Hebrews 10:24). Good works are the outcome of faith. Good works are a logical, loving response to the mercy and grace of God, and a fruit of the Holy Spirit who has now come to live within us. "For we are God’s workmanship, created in Christ Jesus to do good works, which God prepared in advance for us to do" (Ephesians 2:10).

True saving faith inevitably leads to good works -- doing the revealed will of God. Obedience is faith in action.

"But someone will say, ’You have faith; I have deeds.’ Show me your faith without deeds, and I will show you my faith by what I do" (James 2:18-19). Good works reveal our faith.

"As the body without the spirit is dead, so faith without deeds is dead" (James 2:26).

We work for God and for good because we are saved, not seeking to be saved.

A good deed in the eyes of God is not something we choose to do. Good works are obedience to God’s revealed commands. An honest Christian will always feel that his good works are for sure less than perfect. But he’s at peace with imperfection because he’s not basing his right standing with God on his good deeds. Daily he proclaims, "My soul will boast in the Lord" alone (Psalm 34:2). That’s what salvation is all about. 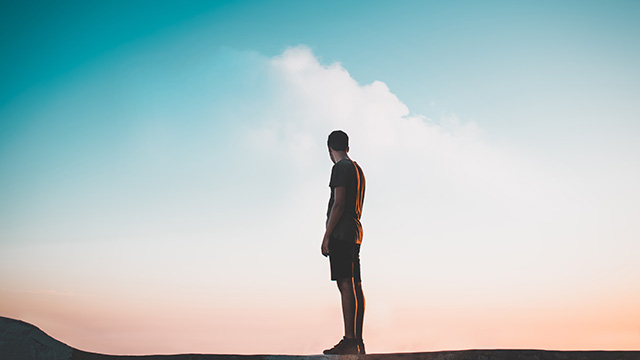 Why Good Deeds Don't Get Us Into Heaven

When are the good things I do in my life important?