Your Example Lasts for a Lifetime

Moms and dads, don’t underestimate the impact you have upon your children!

People always say children learn by example. I know that was true in my own life.

My dad was a consistent man; the same person at home as he was at church. He rose early on cold winter mornings in Argentina to start a wood fire in the stove. I should have been sleeping, but often I sneaked out of bed just to watch him putter around the house.

If I watched long enough, I might see him go into his office—a little study he built on one side of the house—and kneel alone. Wrapped in a blanket or poncho, he would read the Bible and pray before going out to work. Though I was not even eight years old yet, I would steal back to my bed, feeling warm and grateful that I had a good dad.

One day Dad told me he read a chapter from Proverbs every day, since it has 31 chapters and most months have 31 days. That has stuck with me all my life, and I still practice it. In spite of all the other Bible studying and reading I do, I try to start the day with my chapter from Proverbs. And I have learned to do it on my knees.

I don’t want to be legalistic about it, but there’s nothing like studying the Word of God and praying on your knees. I have never shaken the habit of spreading my Bible and study materials out on the bed and kneeling to read and pray. It sure keeps your heart and mind in the right attitude.

An Example Even in Death

My dad died when I was only 10 years old. The way he died impacted me as much as the way he had lived. Though I wasn’t there during my dad’s illness or last moments on earth, my mom later told me what had happened.

“Papito began to sing,” she said, “‘Bright crowns up there, bright crowns for you and me. Then the palm of victory, the palm of victory.’ He sang it three times, all the while clapping in time, as you children did when you sang it in Sunday school. Then, when Papito could no longer hold up his head, he fell back on the pillow and said, “I’m going to be with Jesus, which is far better.” Two hours later he had died.

As I grew and my evangelistic fervor grew, I knew God was calling me to tell entire cities about His love and forgiveness for them. I don’t want anyone to die without the joy my father had found in the Lord!

Moms and dads, don’t underestimate the impact you have upon your children! I could give you example after example of how my father influenced me in the 10 years I had with him. I could tell you of the spankings I rightly deserved, of the bills Dad always paid on time, of the chapel he helped pay for, supervise, and build, of the times I sat in that chapel with my parents and sisters, receiving the Lord’s Supper. My father’s legacy to me came not only through his discipline, but also through his example. And that legacy’s impact is multiplied every time I get to tell another person about Jesus Christ.

Are you a mother or a father? Parenting is hard! It's important to have support as you parent your children. Click the button below to have a Christian friend to encourage you in your parenting. 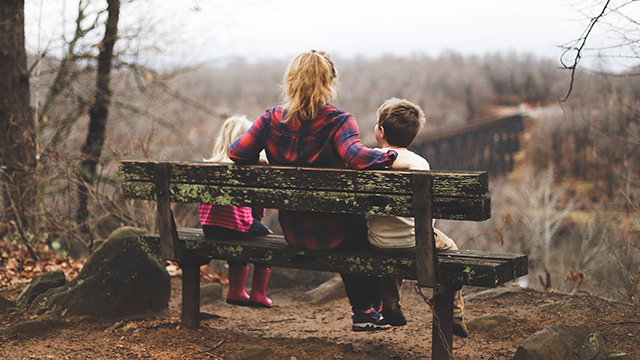 How God Cares About Mothers

You have a Good Shepherd who loves you!

Do you have children?