Five Steps Toward a Fresh Beginning

Behold, I am doing a new thing; now it springs forth, do you not perceive it? I will make a way in the wilderness and rivers in the desert.

Moving to a strange city kept me awake at night. I ran the palm of my hand across the kitchen cabinets to make sure all was packed away. With the last of the everyday dishes in a large box, I taped the lid closed and pushed it aside. But, I couldn’t push away the tears of self-pity that attacked me. “Lord, I should be grateful my husband got a job. But why couldn’t it be here where all is familiar?” Thoughts of a new territory, a new house, a new neighborhood, a new world kept me tossing and turning in bed.

Leaving our familiar home in St. Louis and moving to Orlando made me tense. Unable to see my physical surroundings, how would I navigate through the new house? Would I find friends who would accept me in spite of my blindness? Could I handle my emotions and still be a good Mom to my three young sons?

A similar uncertainty might have visited your world, too. Perhaps you’re facing an unfair life change;one that’s painfully out of your control. The transitions could be from marriage to divorce, from health to debilitating illness, from financial comfort to unemployment, or from independence to limitations.

We can join them in a wondrous outcome of life’s changes. Isaiah 43:18-19 highlights five steps to follow.

Forget them, Lord? I argued. The former things were doable, pleasant and comfortable. But now the pending changes became the dark cloud that covered my security. The same thing happened in Ruth’s life. With no warning, she became a young widow. But rather than self-pity, she wiped away her last tear and headed into a new chapter. Even when Naomi tried to discourage her from making that daring transition, Ruth insisted. She clung to Naomi’s sleeve, and replied: “Don’t urge me to leave you or to turn back from you. Where you go, I will go, and where you stay, I will stay. Your people will be my people and your God my God” (Ruth 1:16).

Don’t you just love Ruth’s boldness? She stepped into a huge change with gusto. The unknown she faced didn’t intimidate her, worry or make her doubt.  And because she did, she saw God’s plan unfold. She became no other than one of the ancestors of Christ, the Savior of the world.

Ruth faced change hoping for something better. God formed her life into something greater.

Is there a danger in dwelling on what once was, what we had, what we knew? Yes. Lamenting what once was is a lame way to face what’s ahead.

Once his brothers threw him in the ditch and left him for dead, Joseph could have been tempted into self-pity. And while lamenting his misfortune, he might have asked God why He allowed the change from what was comfortable to what now was painful. He could have cursed his brothers. And, he could have become miserable longing for the past.

But he didn’t. Instead, he pulled out his weapon called faith. Rather than doubt, he believed. He carried his faith as God ushered him through more changes—from free to a prisoner. From respect to ridicule. From serenity to sorrow. Joseph faced each stage of the ugly changes with faith in God’s faithfulness.

And that’s when God showed up with a victorious ending and a triumphant result.

With humility, Joseph declared: “You intended to harm me, but God intended it for good” (Genesis 50:20).  Changes may seem threatening, difficult and uncomfortable, but faith is the vehicle that takes us to the destination God already prepared.

A new thing? Though I couldn’t see it, my physical blindness couldn’t be an excuse. It was my spiritual blindness that prevented me from seeing God’s hand at work, preparing, moving and crafting good things.

“Show me, Lord,” was my frequent prayer. I wanted Him to guide me to the next step—from labeling items, to walking through piles of packed boxes, to remembering the layout of the new house in Orlando.

And when He said in Psalm 119:105 that His Word would be a lamp to my feet and a light for my path, His promise came alive.  He showed me how to memorize the path from room to room. To record in my mind the location of the walls, the furniture and the open spaces for me to walk through.

He did the same as I navigated through my fear, walking carefully through moments of worry. And He showed me to stay clear of stress and doubt. The path was wide, easy to navigate and the new house became a home.

Joshua understood his own weaknesses. As he transitioned from being a Moses follower to being the leader of God’s people, imagine the insecurities he felt as he laid his head on his pillow that first night. Perhaps he faced the next day taunted by the misconception that he was alone in the journey.  We do the same when an unexpected change rattles our peace. Do I have what it takes? Am I prepared? Will I succeed?

Those same questions might have stressed Joshua, too. That’s why God made it clear and with emphasis in His voice when He spoke to Joshua: “Have I not commanded you? Be strong and courageous. Do not be terrified; do not be discouraged, for the Lord your God will be with you wherever you go” (Joshua 1:9).

Step 5: 'I am making a way in the desert and streams in the wasteland.'

Ruth, Joseph or Joshua didn’t make a way. God did. And in the midst of the unknown, none of them made things happen. God did. None clung desperately to what they had. God helped them to let go.

He did the same with me. A few decades have gone by since I packed up my kitchen and moved to a strange city. And with gratitude overflowing, I remember each step through which He guided me.

God did it all. And, in turn, I blossomed. What a fool I had been to resist the change when God was opening the door to beautiful surprises.

And that beauty shines through God’s promise for you and me in Isaiah 43:18-19. Dreaded changes turn to divine exchanges. God ushers new ways, new opportunities. Each lifts us higher, draws us closer and makes us better.

Used with permission by Global Media Outreach from Janet Perez Eckels. In spite of her physical blindness, Janet serves the Lord as an inspirational speaker and author. This article was first published on February 26, 2021 at www.janetperezeckles.com.

Father, I resolve that all changes wrapped in Your love will take me to places that will help me see you better and to know you more intimately. In Jesus’ name.

What change has rattled your life lately? 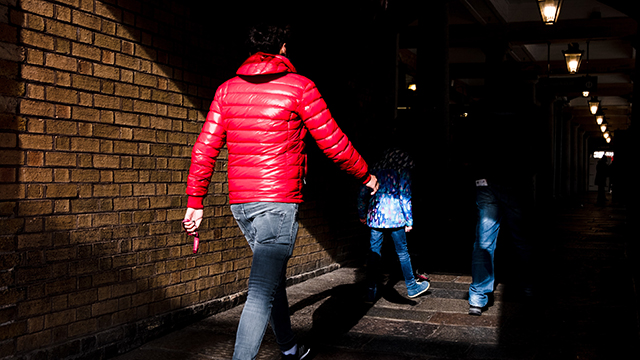 Walking In and Into the Unprecedented 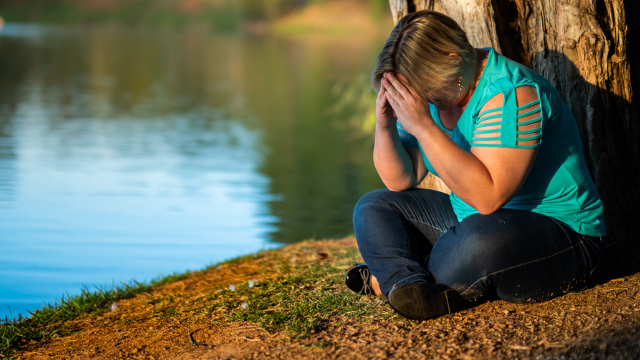 Day 23: Trusting God for the Future

Is my future safe in His hands?