How to Avoid Misusing the Bible

Go deeper in your walk with the Lord

Do your best to present yourself to God as one approved, a worker who has no need to be ashamed, rightly handling the word of truth.

Today, we start a two-part devotional on how to avoid misusing the Bible. But first, let’s start with a story about some blind men who encountered an elephant. One of the blind men wrapped his arms around the elephant’s leg and said, “An elephant is like a tree!” Another touched the elephant’s trunk and declared, “No, it’s like a large snake.” They touched the ear or the tail and said, “a fan” or, “a rope” – and so on. Each one came up with a different and incomplete conclusion about how the elephant looked like.

It’s the same when we interpret the Bible. When we quote Bible verses without considering what the rest of the Bible says, we are just as foolish as those blind men. If we don’t consider verses in their context – at least the surrounding paragraph or chapter, we risk coming to completely wrong conclusions about what God’s word says.

1. Be careful of taking the Bible out of context

That’s why Paul warns Timothy – and all who believe in Jesus and study His word – to “rightly handle the word of truth.”

Here are a couple verses that are often taken misused.

Some people believe that Christians can claim physical healing because of this verse. But, if you read 1 Peter 2:24 in full, it reads, “He himself bore our sins in his body on the tree, that we might die to sin and live to righteousness. By his wounds, you have been healed.”

The first part of this verse tells us that it is our sins, our spiritual wounds, that have been healed by Jesus Christ. The verse refers to Isaiah 53:5:

“But he was pierced for our transgressions;
he was crushed for our iniquities;
upon him was the chastisement that brought us peace,
and with his wounds, we are healed.”

This verse refers to our “transgressions” and “iniquities” – in other words, our sins. There are seven other references in Isaiah 53 to sin, guilt, or transgression, but physical healing is never mentioned in the chapter.

So the next time you read, “By his wounds you have been healed,” thank the Lord that your most deadly wound – your sin and resulting separation from God – HAS been healed, for all eternity. But don’t use it to claim physical healing for yourself or others.

2. Meditate on the Word and apply it to your life

Even people who don’t believe in Jesus love to quote this verse! They, and sadly many Christians, think it means we should leave others alone and let them do whatever sinful act they want.

But if you continue reading, you find out that the problem is not with pointing out the faults of others. It is looking at their faults without acknowledging our own sin.

Verse two says, “For with the judgment you pronounce you will be judged, and with the measure you use it will be measured to you.” and it continues to verse three by saying, “ Why do you see the speck that is in your brother's eye, but do not notice the log that is in your own eye?” (Matthew 7:2-3)

Sadly, we tend to see the sins of others as huge, and our own as tiny (or not to see them at all). Jesus is saying, in effect, “Look in the mirror – look into your own heart and deal with the wickedness there, before you stand in judgment of someone else!”

Several Bible passages instruct us, to help our Christian brothers and sisters by gently pointing out where they are going wrong, especially in matters of serious sin. Take these verses as an example:

“But exhort one another every day, as long as it is called ‘today,’ that none of you may be hardened by the deceitfulness of sin.” (Hebrews 3:13)

“My brothers, if anyone among you wanders from the truth and someone brings him back, let him know that whoever brings back a sinner from his wandering will save his soul from death and will cover a multitude of sins.” (James 5:19-20)

In conclusion, don’t just look at fragments of God’s holy Word. Look at ALL of it. Commit yourself to read the Bible, one book at a time. Don’t build your whole Christian walk around one or two isolated verses. Strive to find the meaning of every verse in the context of the paragraph or chapter around it. If you do this in the power and enlightenment of the Holy Spirit, you’ll be well on the way to becoming “. . . a worker who has no need to be ashamed, rightly handling the word of truth.” (2 Timothy 2: 15)

Lord, I ask you to give me understanding and wisdom as I study your Word so that I follow your instruction and not mine. Amen.

Is there anything in the Bible you have a difficult time understanding? Talk to a caring Christian friend! 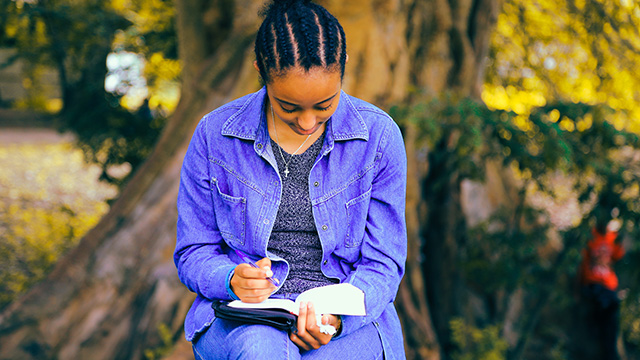 Three Ways to Study the Bible

Make it a life mission to know God’s Word. 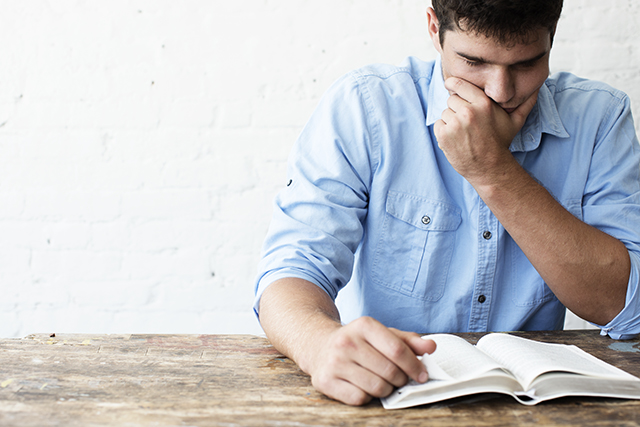 Do You Always Understand the Bible?

The Bible as a unified portrait of the Savior