How To Have Hope

Did Jesus really rise from the dead?

And he said to them, 'Do not be alarmed. You seek Jesus of Nazareth, who was crucified. He has risen; he is not here. See the place where they laid him. But go, tell his disciples and Peter that he is going before you to Galilee. There you will see him, just as he told you.'

He has risen from the dead

The words of the angel to these women contain the answer to all the skepticism of over twenty centuries. For the angel said some things to them that answer most of the claims that have ever been raised in questioning the actuality of the resurrection. The first thing the angel said was, This Jesus of Nazareth, this One who was crucified, this same One whom you seek, has indeed risen from the dead. Many of the attempts to explain this away say that the women went to the wrong tomb or that they found the wrong person. That whole question is answered here by the angel. He says to the women, This very same Jesus, the One you knew from Nazareth, the Jesus who was crucified, whom you saw on the cross with the nails in His hands and the blood running down His side, that same One is risen from the dead.

This is a bodily resurrection

Then he said to them, "He is not here" (Mark 16:6).  That is, He is not only risen; He is not here. And in those words he makes clear that, though Jesus is risen, there is nevertheless a real tie with our humanity. He is not just a spirit. This is not a spiritual resurrection but a bodily resurrection. It was the body of Jesus that rose from the dead. There are cults today who claim that what happened was that the spirit of Jesus rose, and He now lives spiritually only. But the Bible consistently defends the proposition that it was the dead body that was put into the grave, which also rose from the dead. He is not here. He is a person yet, a human person with a human body—changed, yes—but still human. And in that human body He rose from the dead.

Tell His disciples and Peter

The third thing the angel says is put in these extraordinary words that only Mark records: "But go, tell his disciples and Peter, 'He is going ahead of you into Galilee'" (Mark 16:7). That is a wonderful touch. What a gentle, tender word that is! The last time we saw Peter in this gospel account, he was standing in the courtyard of the high priest during the trial of Jesus. And a little maiden kept following him around, saying, I know you. You were with Him, weren't you? Peter kept denying it. He went out into the darkness of the night, weeping bitterly. What a tender thing it is for the angel to say to these women, Go and tell the disciples and Peter that He goes before you to Galilee. It puts him right back into the apostolic band.

Jesus is available to you

That says that Jesus is available to individuals—not just to the crowd at large, not just to the world in general, or the church, but to you. Put your own name in there. This accessibility to individuals has been the hallmark of Christianity ever since. Each one of us can know Him personally, intimately—not just as a figure of history nor as a coming king nor in a general sense, as we know about the president of the United States, but in that close, personal, real, conscious sense of knowing that we share in the most intimate human communion.

What is the profound impact of Jesus' actual bodily resurrection on us personally? How is it affecting our intimacy with Jesus? Do we acknowledge His life in our body?

Lord Jesus, thank You that You are, indeed, what you promised to be—a living Lord—and that You can enter my life and begin to bring me out of despair into hope, out of death into resurrection.

Do you still have questions about Jesus’ bodily resurrection? 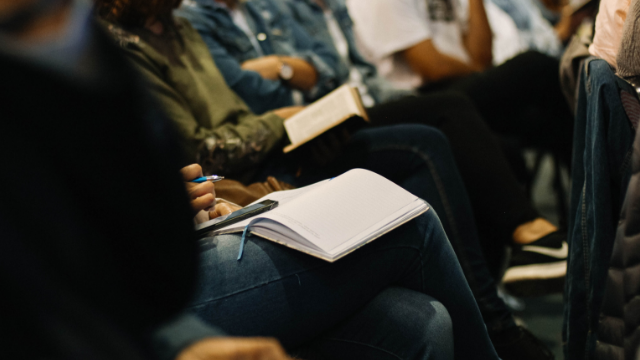 Why is the Resurrection so Important?