Prophecy: A Path to the Future

What would you do if someone told you today that something bad would happen to you tomorrow?

Long ago, at many times and in many ways, God spoke to our fathers by the prophets, but in these last days He has spoken to us by His Son, whom He appointed the heir of all things, through whom also He created the world.

Why is prophecy important today?

Jesus told us many things that would happen in the last days before His return to earth. In Matthew 24, He answered His disciples’ questions about when the great Kingdom of God would come. He told them what to watch for. His first statement was, “You see all these [buildings of the temple] … truly, I say to you, there will not be left here one stone upon another that will not be thrown down.” (Matthew 24:2) The Romans destroyed Jerusalem in 70 A.D. just as Jesus said!

Jesus also announced things that would happen just before His next return. John 14:29 tells why He warns us: “…so that when it does take place you may believe.”

Jesus warns us that in the last days, false christs and false prophets will come. (Matthew 24:24) Their lies will be so strong that even Christians could be deceived, if it were possible. Our only defense against them is the Bible. There, Jesus tells the truth of what is coming so we will not be led astray.

How can I know it will happen as the Bible says?

Hundreds of prophecies in the Bible are already fulfilled as promised. Many are about Jesus’ first coming. People over the centuries have prophesied about events and dates, but no other book or person can claim a perfect record of fulfilled prophecies like Jesus’ coming did.

In the Bible, God reveals His plan for all human history. Many Old Testament writers wanted to understand the meaning of the prophecies they wrote but could not. Daniel asked God to explain, but God answered that it’s meaning was hidden until the end times. (Daniel 12:8-9) They are for us to understand in these days as we see them happening! God shows us how the events around us match perfectly with what He said to Daniel and other prophets.

Much of prophecy talks about Israel in these last days. God chose Israel to bring many gifts to the world. This includes Jesus coming to save us, and the Bible to guide and teach us. God is not done with Israel. He loves them. He expects us who are His people to love and pray for them as well. (Psalm 122:6 and Romans 9:3-4)

What should I do with what is prophesied?

Our greatest responsibility is to warn others. Urge them to believe in Jesus now before it is too late. If we knew ahead of time that a school was going to burn down the next day, we would make certain no one was in that building! God’s judgment coming to earth is much more serious than a burning building. The Bible says many millions will die during this judgment. We must urge people to escape judgment by accepting Jesus today. “Today, if you hear His voice, do not harden your hearts…” (Hebrews 3:15)

Tell your friend or loved one how they can be ready. Show them from Romans 3:23 and Romans 6:23 that they have sinned, and that all sin deserves death. From Romans 5:8, show them God’s love included them and that even while they are sinners, Jesus died for their sins. Now all they need to do, as written in John 1:12, is believe that Jesus is telling them the truth. Then, from Romans 10:13, urge them to call on Jesus to save them.

Lord Jesus, help me be a faithful witness for you while there is still time.

What makes you certain you will escape the final judgment of God?

You can ask someone to take you through this study, too! 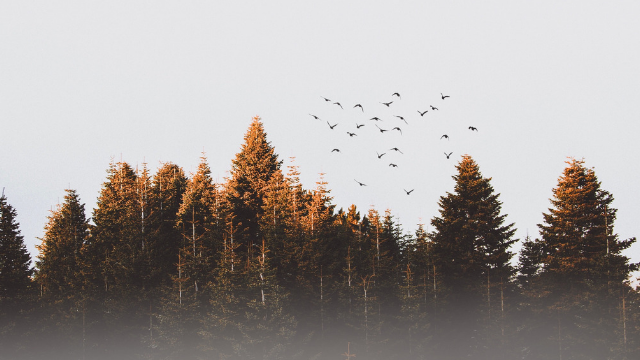