What Does God Say 'Mine' About?

God’s faithfulness is shown even in judgment.

For the Lord disciplines the one he loves, and chastises every son whom he receives.

On Saturday evening, religious Jews will observe a holiday called "Tisha b'Av" (The ninth day of their month called Av.) It's a day of repentance and mourning for their people and has been for over 2500 years. (See Zechariah 7:3)

What can followers of Jesus learn from this ancient observance? If we keep in mind that God does not change (Hebrews 13:8, Malachi 3:6) and that the Old Testament is "for our instruction" (1 Corinthians 10:11), there's a lot we can learn. After all, Jesus opened his ministry by saying "repent." (Matthew 4:17)

What happened on the 9th of Av?

Although the observance is primarily about the destruction of the Jewish Temple, the many disastrous things that have happened to Israel on or near this date do seem to indicate that the Lord is making a point. To name a few:

Why did God withdraw His protection?

As their wilderness wandering ended and they were about to enter the Promised Land, God made some amazing promises to the people. You may have heard about some of them:

We don't talk about the more lengthy list of curses in the rest of the chapter, even though history records that these predictions, sadly, came to pass! A condition went with each set of promises. God's people were not faithful to Him; but He was faithful to fulfill the curses He promised them, just as He had been faithful to bless them!

How can we learn from this?

It was really all about believing God. In order for us to observe a season of repentance, we need to get His perspective. How was God personally wronged in the Covenant He gave His people? God told them:

Father, please help me to see your perspective. I want to trust you in all things.

Have you had a lapse in faith that you regret? Let a caring volunteer join you in prayer for restoration. 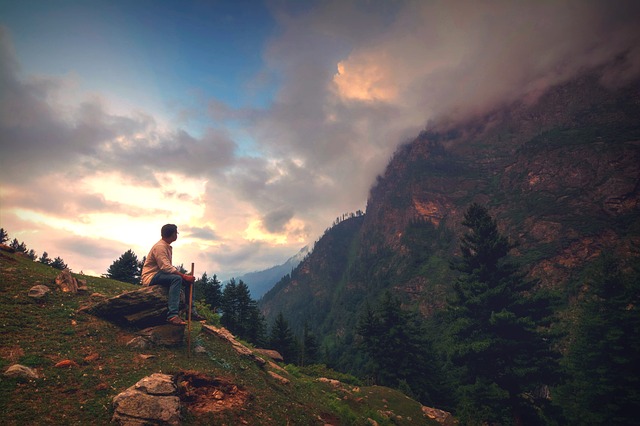 Why is it important to confess your sin to God correctly?