Walk in wisdom toward outsiders, making the best use of the time. Let your speech always be gracious, seasoned with salt, so that you may know how you ought to answer each person.

The Ramadan season – from April 23/24 through May 23/24 this year – is fast approaching. This dedicated month is a special time for Muslims around the world to fast (during daylight hours) and pray to their god. During this time, even the most nominal Muslims focus on their spirituality. Missionaries working among Muslims debate whether or not Ramadan is a good or bad time to share the Gospel with Muslims. Some believe Muslims are edgy and non-receptive when fasting, but others point out the benefits of engaging Muslims when their minds are focused on their spirituality.

Why should Christians care about Ramadan?

Some time ago, I knocked on the door of a Pakistani Muslim living near me in Houston, Texas. We discussed the reliability of the Injil (the Gospels). After a brief conversation, he quickly concluded that the Gospel of Luke I placed into his hand had not been changed or corrupted, as most Muslims argue. I asked him if he would read it. He replied, “Ramadan is a time we Muslims think about spiritual matters. The Injil is one of our holy books, so, yes, I will definitely read and reflect on this holy book.” He also said that he was particularly interested in investigating and researching spiritual books because of his advancing age (67).

From sunrise to sunset during Ramadan, Muslims are tasked to think about and pray to the God of Abraham. At sunset, they break their fast with a snack called Iftar. This is not a full meal, but just enough food to satisfy their hunger pains. Later in the evening and throughout the night, larger meals are served.

The night of the 27th day of Ramadan (Tuesday, May 19th this year) is called the ‘Night of Power.’ Many Muslims stay awake to pray throughout the night because they believe angels are especially attentive in hearing and submitting their prayers to Allah at this time. Missionaries traditionally use the Night of Power as a time to pray for Muslims to have “Jesus dreams.”

Begin with prayer. We should pray not only that God would work in the hearts of our Muslim neighbors, but also that God would send laborers to share the Good News (Luke 10:2). The 30 Days of Prayer booklet is an excellent resource to help pray for Muslims around the world. Ministries such as Every Home for Christ provide free maps and guides for praying for people all over the world. As you become aware of Muslim neighborhoods near you, pray for them. Muslim people near me in the United States can be typically identified by prayer beads hanging in their cars or Arabic writing over their front door. Traditions in your area may be different.

You probably know the openness of your region of the world. If it is safe to do so, pray for God’s leading and protection, and get out and share. Unlike many people in the U.S., Muslims in Houston love to talk about God and religious matters, even with strangers. As long as your words communicate respect, they will listen. Based on the overwhelming reports from present-day missionaries, this is the best time in history to share the gospel with Muslims. More Muslims have come to faith in Christ in the last two decades than in all of Islamic history combined. Missionaries continue to report incredible numbers of Muslims open to hearing and responding to the gospel.

Begin a conversation, acknowledging a Muslim’s dedication to prayer and fasting. Ask what special activities or traditions they and their families do during Ramadan. So that you can pray specifically for them, ask if their family has any special needs they have related to health, education, or employment.

Make Iftar snack packets and offer them to Muslims for when they break fast at sundown. Offering a snack touches the heart of a Muslim; your kindness communicates your respect for them and will earn you the opportunity to engage them in conversation.

Bring up the topic of the Injil (Gospels). As a shared holy book, the Gospels provide a great bridge to sharing the true gospel of Jesus Christ. Work on pronouncing the Arabic word, “Injil” (in-jeel). Ask your Muslim friend if he or she knows the English meaning of the word “Injil.” Most Muslims do not know the answer, so you can tell them that the word means “gospel” or “good news.” Muslims respect the Injil and claim that a person cannot be a true Muslim if they do not believe in the Injil.

Tell your Muslim friend that you have read the Injil and discovered that when we die, we will stand before God on Judgment Day. On that day, we will receive either good news or bad news. If a person wants to receive good news on the Day of Judgment, they should read the Injil. Since the majority of Muslims in my area read and understand English, I was able to offer my Muslim friends an English Bible and point to the Gospels of Matthew, Mark, Luke, and John, making them aware that these books represent the Injil.

Point out that the good news found in the gospels is summed up in one verse, Romans 6:23, which demonstrates that God placed our punishment of sin on Jesus. Since Muslims continue the practice of sacrificing an animal every year, tell them that God made the last and final sacrifice for us. If God arranges and performs a sacrifice for us, then we can have confidence that our punishment of hell is paid for and cleared. The good news becomes your personal story if you believe the story of the Injil.

Although any time is the best time to share the gospel with Muslims, Ramadan provides a unique opportunity to demonstrate love and respect to Muslims. Because their minds are especially attentive to spiritual matters during Ramadan, we should offer them a loving presentation of the gospel. Since 2016, the Global Gates team of missionaries working in Houston has shared the gospel with more than 2,500 Muslims. Of them, 34 have responded with faith in Jesus as the only way to Heaven.

Since the year 2000, there have been more than 69 documented large-scale movements of Muslims leaving Islam and becoming followers of Jesus. These movements are defined as 1,000 or more baptisms in a specific geographic location. In his book, A Wind in the House of Islam, Global Gates director, David Garrison, points out that before the year 2000, only 13 movements of 1,000 or more Muslims becoming Christians occurred in the 1,400 years of Islamic history.

Muslims are more responsive to the gospel today than at any other time in history. What are we doing to give them a chance to respond?

Who in your life can you share the Gospel with during Ramadan?

How Jesus Christ Saved Me

I thought I had life figured out as a Muslim. Then Jesus changed my life. 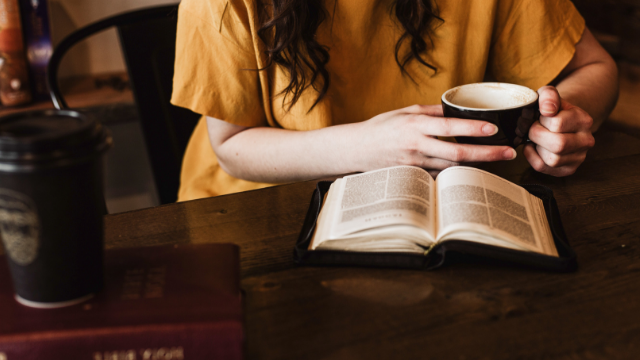