Wounds are Better Than Kisses?

Wounds from a sincere friend are better than many kisses from an enemy.

We all seek happiness in life, and we often look for the answer in worldly things like making lots of money, getting a great job, or even finding the perfect significant other. Can you relate? Though the world makes us believe these things will satisfy us, true comfort and happiness do not come from worldly things. Rather, happiness comes from God, and the Bible shows us this over and over again.

Let’s be reminded of Esau, the firstborn and favorite son of Abraham’s son, Isaac. In Genesis 25 and 27, it tells how he lost his birthright and blessing. Esau ignored what was important to his father. His life shows what can happen to “those who look to this world for their reward.” (Ps. 17:14) Expect trouble from the world (John 16:33), even persecution (John 15:20).

Friendship with the world is an offense to God (James 4:4). Instead, love the world the way Jesus did (John 3:16): Reject all its temptations (1 John 2:15-16), deny yourself, and embrace the cross (Luke 9:23). The only way to really win in life is to resist the satisfaction the world offers (Mark 8:35). Christians gain victory over the world by our faith (1 John 5:4)! How amazing is that?

Many of the Bible’s stories are warnings about looking for comfort from the world rather than from God to help us learn more about how we avoid making the same mistakes. Let’s learn from the stories of three men…

1. Samson: A Story Of Entitlement And Pride

Samson felt his chosen status (Judges 13:7) and great strength gave him the right to immorality. He once set eyes on an attractive pagan woman and told his parents, “I want to marry her. Get her for me” (Judges 14:2).

Can you relate to these lustful and entitled feelings? Many of us can. The world may make us believe that these feelings are okay, but what does the Bible tell us?

Samson was deceived by Delilah, blinded and enslaved in the temple of an idol. This is a warning and a reminder to us to not live our lives in the same way.

2. Demas: A Lover Of The Present World

The Apostle Paul once considered Demas a fellow worker, naming him with Gospel writers Mark and Luke. But the last mention of him is: “Demas has deserted me because he loves the things of this life” (2 Timothy 4:10).

Demas proved to be “The seed that fell among the thorns” in Jesus’ Sower parable, which “represents those who hear God’s word, but all too quickly the message is crowded out by the worries of this life and the lure of wealth, so no fruit is produced” (Matthew 13:22).

The “overthrow” of Nineveh (Jonah 3:4) was a spiritual one. But this miraculous evangelistic call was preached by a hostile witness, Jonah. God provided him a shady shelter to observe the results, but then suddenly took it away. “And the sun’s heat came upon Jonah’s head so that he became weak and begged with all his heart to die” (Jonah 4:8). Instead of being overjoyed (the way God was -- Luke 15:10), with the repentance of the city, Jonah ends with bitter opposition to God’s plan of salvation.

Christians often remind themselves of Romans 8:28-29 when trouble arises:
“…God causes everything to work together for the good of those who love God and are called according to his purpose for them. For God knew his people in advance, and he chose them to become like his Son…”

Any time you’re dissatisfied with what God allows, remember that the trouble and persecution of the world are symptoms of its hatred for Christ—and for His children. Discipline demonstrates you’re His child, as Hebrews 12:5-14 explains. The verses following these (15-17), show God’s perspective on the world’s children: “Make sure that no one is immoral or godless like Esau, who traded his birthright as the firstborn son for a single meal. You know that afterward, when he wanted his father’s blessing, he was rejected. It was too late for repentance, even though he begged with bitter tears.”

Father, I confess to seeking comfort, satisfaction, security in things. I know only you can meet my deepest needs. I would not want to gain the whole world and lose my soul, as your Word tells me Esau did. Teach me to rid my life of divided loyalties.

Jesus asked how His hearers could have the nerve to call Him “Lord” if they did not do as He said. Are you aware of everything He said to do? Do you have questions about them? That’s why we’re here! Someone is waiting to help you follow Jesus. 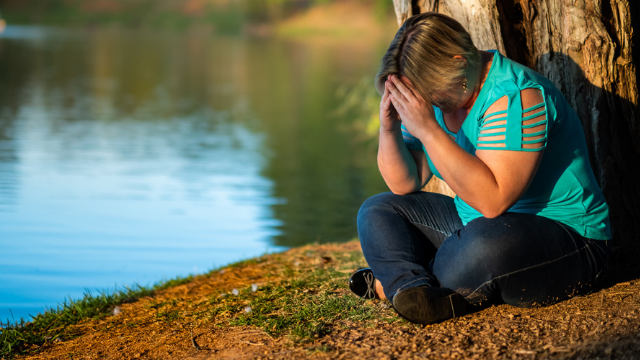 A God Who is Sufficient for the Pressures of Life

Only Jesus can meet our deepest needs when suddenly our world is falling apart. 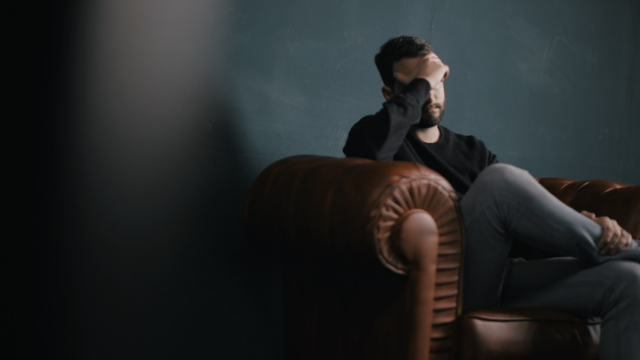