Romans 8:28 has to be one of the most amazing verses in the Bible. It addresses the simple fact that God always has a greater purpose for our life. One of the most vivid examples of this is the story of Joseph in the book Genesis. Joseph never could have imagined what God wanted to do through him. The amazing part of this story is that nothing can stop God from accomplishing what he wants to do in a person’s life.

The story begins with Joseph having a dream that his brothers would one day bow down to him. His brothers were so mad that they decided to find a way to kill him. So, they came up with a plan and threw him in a hole in the ground to die. A wild animal would probably find him in the deep pit and jump in and kill him, or he would simply starve to death.

So, how did God actually accomplish His purposes for Joseph’s life when he was in a hole in the ground?

Well, just by coincidence, a slave caravan came by at the exact right time and his brothers decided to sell him into slavery for money. This made their conscience feel better by not killing him. The caravan could have been a day earlier or a day later, but it came by at the exact right time. This is called the “providence of God”. The word “providence” comes from two words – “pro” (before) and “videre” (to see) and simply means to see before, and in the case of God, to see before and make plans accordingly. This is great! God actually used the greed of Joseph’s brothers to save him.

When Joseph got to Egypt, he was sold to a man named Potiphar who saw in Joseph a man of worth.  Potiphar was a very influential man and served as the head of Pharaoh’s army. So, he brought Joseph into his household and put him in charge of taking care of his home. However, Potiphar’s wife lusted after Joseph and when he fled her attempts to seduce him, Joseph was falsely accused and thrown into prison. You can just imagine how Joseph is feeling at this point. He has done everything right, but everything is turning out wrong. However, what Joseph did not understand was the greater purpose that God had for his life – and that is what is important in this story.

The question we have to ask is “Why did God put Joseph through all of this?”

While in prison, the king’s baker and butler got thrown into jail with Joseph and each had a dream that Joseph interpreted. Things happened just like Joseph had told them that it would. Later on the butler was released back to Pharaoh and shortly after Pharaoh had a dream from God. The butler told Pharaoh about Joseph, Joseph interpreted Pharaoh’s dream, and in one day Joseph was exalted to being lord over all the land second only to Pharaoh. Only God could have done this.

So, what was God’s purpose in all of this?

Pharaoh’s dream was that there would be seven years of plenty and seven years of famine. So, during the seven years, they needed to stockpile food, and he made Joseph overseer over putting up the food. When the famine came, it affected Joseph’s family and they came to Egypt to buy grain. However, they never dreamed that Joseph would be in charge. When they arrived, they did not recognize him, but he recognized them. In the end, God used all of these events to bring Joseph’s family to Egypt where they were protected by Pharaoh and they began to multiply and become the mighty nation that God had promised to Abraham. At the end of the story, Joseph reveals himself to his brothers and he made two remarkable statements to them. First, he said, “As for you, you meant evil against me, but God meant it for good, to bring it about that many people should be kept alive, as they are today.” (Genesis 50:20) Secondly, he said, “…it was not you who sent me here, but God”. (Genesis 45:8)  Joseph did not want his brothers taking credit for something that God had done. Now, Joseph could see God’s greater purpose for his life and why God allowed all of the other seemingly bad things to happen in his life.

So, how can I apply this to my personal life?

Think about Joseph’s story as you apply it to your life. The worst sin that Joseph’s brothers could commit against him, actually became their salvation. In the same way, the greatest sin that man could ever commit against God was to nail His Son, the Lord Jesus Christ, to a cross. However, it was that horrible and sinful act that became the very source of their salvation! Why? It was God’s purpose for His Son to live a perfect life and then die on a cross so that each of us could be saved. Peter put it this way in his sermon on Pentecost: “…this Jesus, delivered up according to the definite plan and foreknowledge of God, you crucified and killed by the hands of lawless men.” (Acts 2:23)

The lesson in all of this is simply that as we learn to trust God with our life, He will always be working out His perfect will in ways that we may never understand. God’s ways are not our ways, and how He accomplishes His purposes in our life will not always be visible to us. However, we can trust in His providence, in His care, and in His goodness in our life.

Father, please help me to understand that you are much bigger than me and it is perfectly okay for me to place my life in your care?

Are we truly willing to trust our life into God’s hands so that His greater purposes can be accomplished through us? 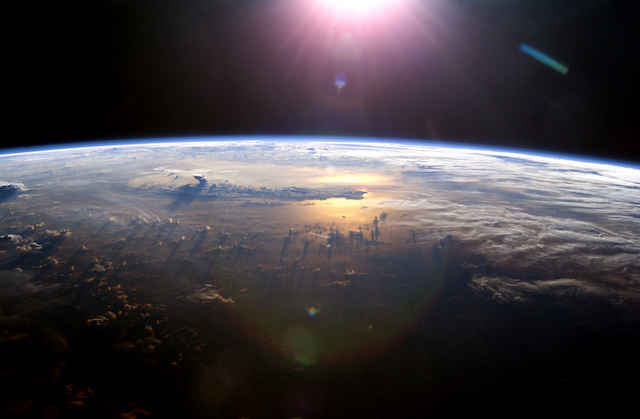