The Source of Our Strength

Who do you lean on?

And the Lord was with him; wherever he went out, he prospered. He rebelled against the king of Assyria and would not serve him.

How often does this happen to you? You go through a difficult time – maybe a health problem or family struggles – and you attempt to solve the problem all on your own. After a while, you find yourself exhausted and ready to give up on the problem and nothing you have done has seemed to helped at all!

It’s in our sinful nature to want to rely on ourselves, but the Bible shows us a great example of what happens when we fully rely on God instead of ourselves.

Hezekiah was one of the best kings of Judah in the Old Testament. 2 Chronicles 31:20 says, “Thus Hezekiah did throughout all Judah, and he did what was good and right and faithful before the Lord his God.” In 2 Kings 18:5, it says, “He trusted in the Lord, the God of Israel, so that there was none like him among all the kings of Judah after him, nor among those who were before him.”

He showed his love toward God by trusting in Him fully. That’s not all he did, though.

“For he held fast to the Lord. He did not depart from following him, but kept the commandments that the Lord commanded Moses. And the Lord was with him; wherever he went out, he prospered. He rebelled against the king of Assyria and would not serve him.” (2 Kings 18:6-7)

What made Hezekiah such a faithful king to God? It was his unrelenting reliance on God throughout all circumstances. He showed that He was faithful to God by the way he kept His commandments.

And his life wasn’t easy! He was the king of Judah after a very difficult time in its history. He had to lead the nation as they were being challenged by the biggest world power at the time – the Assyrians. It would have been easy for him to be overwhelmed by everything happening in his life, but instead he trusted God.

What did Hezekiah do when the kingdom was threatened by Assyria? He went into God's temple and spread an intimidating letter from the king of Assyria out before the Lord and asked for deliverance. And God decimated the Assyrian army in one night! Hezekiah didn't have to lift a finger, and the victory was the Lord's.

Hezekiah held fast to the Lord, and he did not stop following him. For that, he was called one of the best kings in the history of his nation.

You might be thinking, “Well, Hezekiah was a king! I’m nothing like him.” It’s true that we all have different roles on earth, and some of us have more earthly power than others, but we all have access to the same power that Hezekiah had access to – the power of God. Hezekiah accessed that power by staying close to the Lord all throughout his life and staying faithful to Him.

Do not think you need to handle things on your own. You can’t. But by His Spirit, we can handle anything life throws at us. As believers after Jesus’ death, burial and resurrection, we have access to the Holy Spirit living within us (Ephesians 1:13-14).
The Holy Spirit is God! To know that God lives within us and empowers us in tough situations (and when life is going well), should be extremely comforting. As you go forth today, and as you come across difficult situations, remember that the Lord is with you, and He is reliable, faithful and trustworthy.

Lord God, give me the ability to fully trust you with absolutely everything in my life. Allow me to release whatever I’m holding back from you, because you alone can ultimately bear my burdens. Thank you for loving me and not abandoning me in times of need. I love you, Lord. Amen.

Where have you failed to rely on the Lord this week? Let your caring Christian friend know, and they can pray with you today! 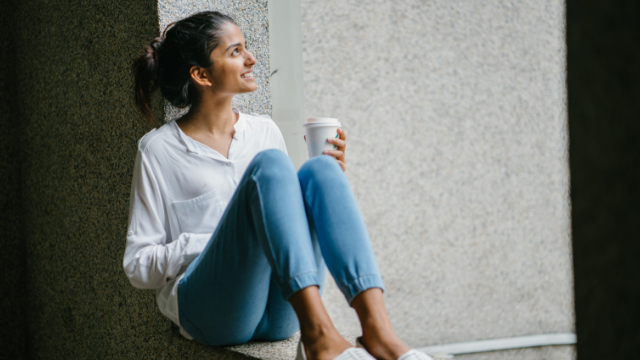 He is Infinitely Wise